The date in red or ( ) is the date of the manual that refers to said piece of equipment. Some items never changed some evolved during the service life of the vehicle.

On June 10th 1943, OCM 20679 recommended the development and procurement of a pilot vehicles and assigned the designation 105mm howitzer motor carriage T76. This action was approved on July 8th. A wooden mockup was constructed and it was reviewed in August by artillery officers from the armored board. They recommended that the crew be increased from six to seven. men to permit rapid fire support of tank operations. The mockup was modified and the chassis lengthened to increase the size of the fighting compartment. Since the assistant driver was not required, the howitzer was shifted to the right of the vehicle center line and move forward. A M2 .50 caliber machine gun on a ring mount was then located in the right front hull. The revised mock up was inspected in September 1943 by representatives of the Army Ground Forces, the Armored Board, and the Tank-Automotive Center. In December, the Army Service Forces approved the revised characteristics of the T76. To expedite manufacture of the pilot vehicles, the Tank Automotive Command procured the new T14 howitzer mounts and the first was proof fired on March 17th 1944. Some modifications were required and after they were completed, the mount was successfully fired in early June at Rock Island Arsenal. The first T76 pilot was shipped to Aberdeen Proving Grounds, arriving in early July. After extended firing tests, pilot number 1 was transferred to the Armored Board at Fort Knox.

The tests at Fort Knox and Aberdeen resulted in several modifications. The 42 inch diameter M49 ring mount for the M2 .50 caliber machine gun was replaced by the 36 inch diameter T107 mount. The SCR 510  radio was eliminated to provide space for more additional 105mm ammunition. The 105mm rounds were rearranged and the vertical stowage was replaced by separate bins with the ammunition laying horizontally. The total number of 105mm rounds was increased from 68 to 126. The rear door on the hull was redesigned to permit its use as a loading platform when open. With these changes, standardization of the T76 as the 105mm howitzer motor carriage M37 was approved in January 1945. Although the end of the war limited the total production to 150 vehicles and none were shipped to the European or Japanese Theater of action. The M37 served in the post war period into the Korean war. The M37 was superseded* by the M41 walker Bulldog Series of vehicles as was all of the M24 Chaffee series vehicles.

The 105mm howitzer used in the M37 was not the same in any way to the M2/M101 towed howitzer or 105mm M2 in the M7 Priest of the same time period. The breech ring and breech block were for the most part the only interchangeable items. The mount, recoil mechanism, barrel and the other exterior components were of all new design & manufacture. They are similar and of the same line as the 105mm howitzer carried in some late war sherman tanks. This is called the M4 105mm Howitzer.

Non United States Use of the M37 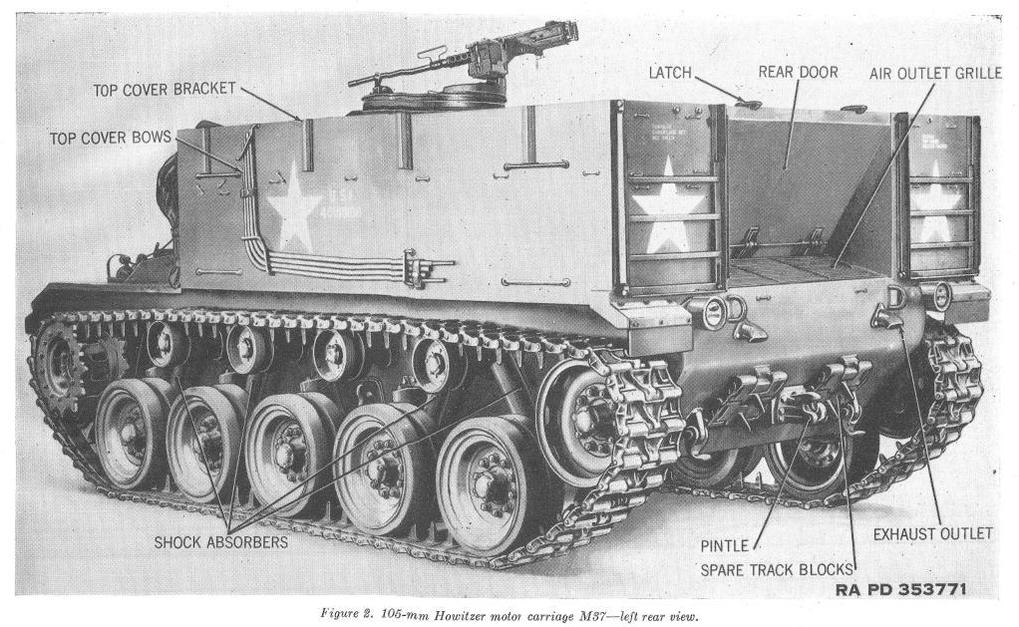 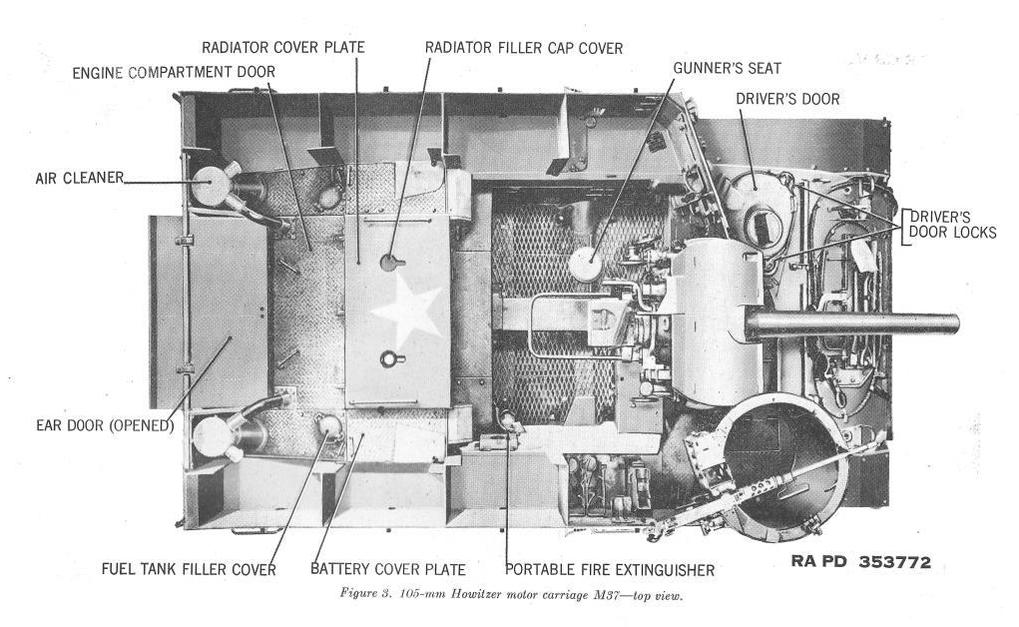 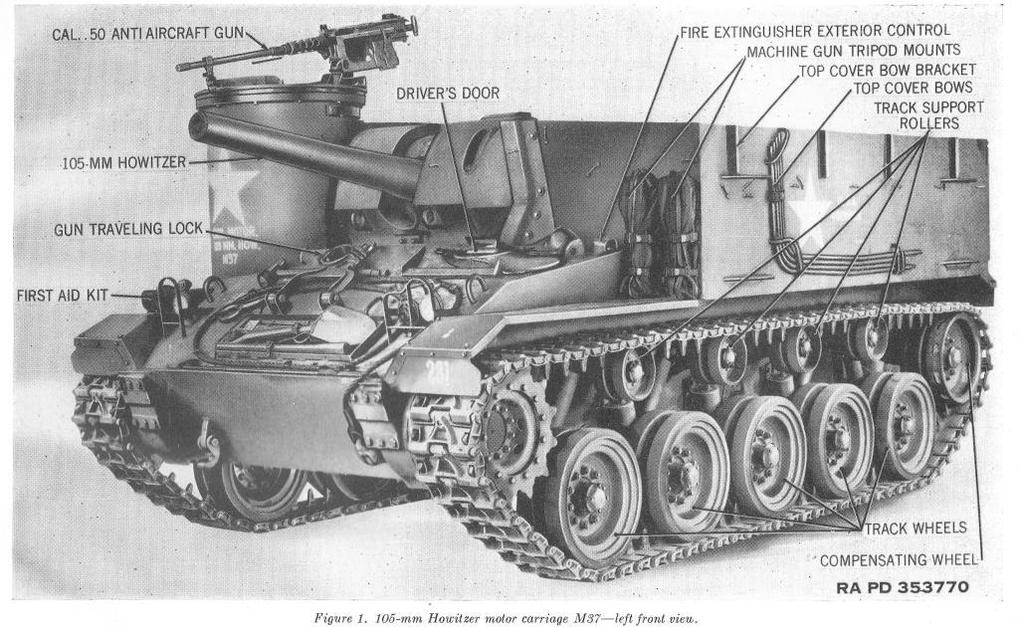