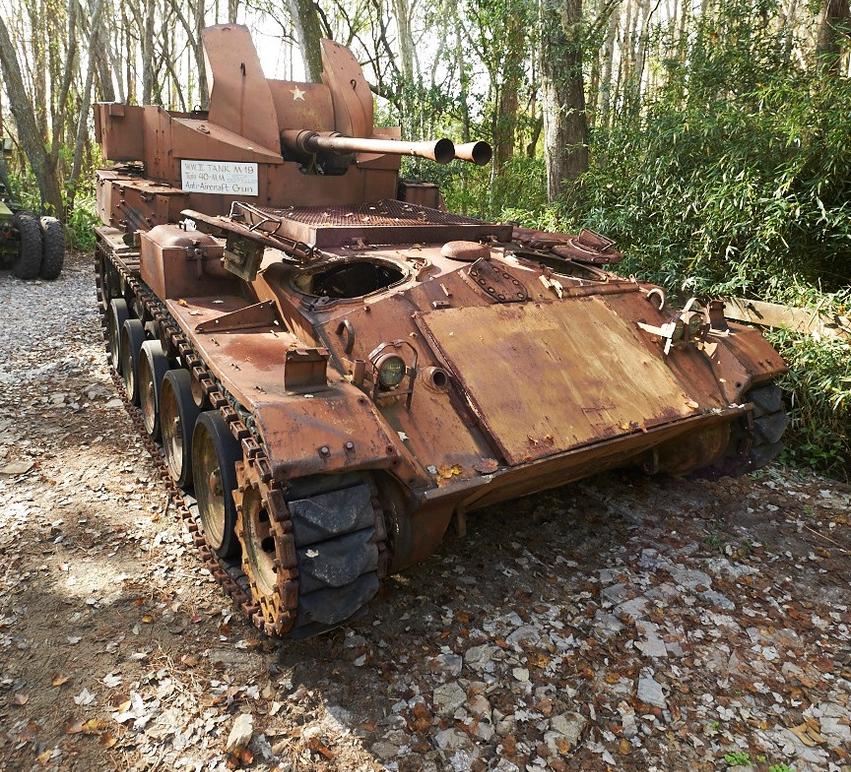 This vehicle was originally sold on Ebay in about 2009 from an antique store someplace in the New England area from my memory. It was sold to The Armed Forces History Museum in Florida and has sat unrestored since then. I has had a power pack from an M26 Pershing installed in it. As can be seen in the photos the vehicle has been cut up considerably to fit the engine and crossdrive from the M26. With the closing of the Armed Forces History  Museum, this vehicle has since been sold again, and will be restored.

Being a very early M19 with a SN of 5 it will be interesting to see some of the differences in this early production vehicle. The most obvious being the "flotation / bulldozer" casting that are on the front of all late M24 series vehicles. This vehicle not having them would lead me to believe this is truly a WWII produced vehicle. Although I have not seen any documentation of M19s in actual combat use before the end of WWII.

The power pack from the M26 is being removed before shipment of this vehicle to Arizona. Many spare parts for this vehicle had already been accumulated prior to its purchase. My restoration guidelines have always been just buy anything and everything when you find it (when it comes to a rare vehicle you intend to purchase in the future). So I have a complete engine deck, 40mm feed assemblies, front glacious plate, and other misc M19 bits, along with the normal M24 crossover parts.